As a friend once noted, you might never know that Peter’s bald, he’s worn so many hats!

Though you’d probably never predict that his career path would inevitably lead him to the microphone as a voice talent. In fact, you’d probably end up thinking that there was no path, and that his jobs were largely a series of detours. A few snapshots to prove the point? Well, there he is in college, studying the “oral interpretation of literature” with Lilla Heston, Charlton’s sister, and winning the freshman sonnet-reading contest. (Which does, at least, seem peripherally connected to the microphone.)

But in the next shot, you now see him becoming a shorthand whiz in the U.S. Army and taking dictation from generals at a NATO base in Holland. Then in the next frame, there he is, with a graduate degree in communication disorders, working with language-impaired kids at a university clinic and teaching neurology residents in a medical school. And later, there he is, teaching influence skills to senior executives at Fortune 500 companies as a corporate facilitator and coach. Finally, in the most recent shot, he’s giving a speech as the executive director of a professional membership association. While the thread that connects these particular vignettes may not seem obvious, when you pinpoint some other chronological milestones, it’s not so surprising that voice over work is a natural next step in Peter’s life.

From the beginning, since he grew up in a painfully small, Midwestern farming community, Peter always knew he’d end up living in the city. And so over the years, he ended up going to school in Chicago (Northwestern University), teaching in Philadelphia, Nashville, and Washington, D.C. (Hahnemann, Vanderbilt, and Georgetown Universities), working in Baltimore (USF&G Insurance Company and Blue Cross/Blue Shield of Maryland), and coaching leaders and consulting to businesses in other cities all over the place.

So where’s the thread? Well, wherever he was, and whatever he was paid to be doing, he always did a lot (a lot!) of talking—teaching, training, facilitating, explaining, interpreting, schmoozing, story-telling, and generally running his mouth. And early on, because he’s always had a jones for poetry, he also developed an alter ego that he still uses, called the “Poetry Delivery Man,” a guy who calls folks at odd hours, crooning “you’re gonna love this one!”

And usually, they do seem to. Also, because he loves to find just the right story to move the group in front of him, in a recent moment he suddenly realized that he could tell that story with his voice alone, with words alone—a vocal channel that distills everything he’s learned from all those detours into one creative package. Fortunately, thanks to the serendipitous intersection of timing and opportunity, he finally found the right resource–Nancy Wolfson—who could help him focus his pipes and open that channel. So now what? Another chapter, another hat! 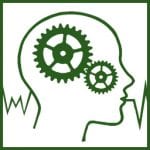